Mumbai and Surat, two of the country’s commercial cities are seen fighting tooth and nail to become the largest diamond capital. Mumbai-based diamond trade is competing fastidiously with the Surat-based diamond cutting and polishing industry. The rivalry between the two commanding cities is heating up and is battling to seize the diamond-trading hub in their city. The trade in Mumbai covers over 90 % of the diamond exports from the country and is striving hard to convert the Bharat Diamond Bourse into a diamond trading hub, whereas the processors in Surat approached the government to set up a special notified zone in the proposed 100-acre Surat Diamond Bourse so that the trading can be held there as well.

Primarily, talks were on to set up a special zone with tax benefits for diamond import and trading in India, when the location of the hub was not definite. A trading hub in India was mandatory; in order to develop the country’s financial capital as a rival to Antwerp and Dubai, which are currently trading hubs for the precious stones. Gems and Jewellery Export Promotion Council’s (GJEPC) estimate suggests that in volume terms, 85% of the global cutting work takes place in India. At the same time, around 15% rough diamond is imported directly from the producing countries, while a majority is shipped in from the trading hubs. Parag Parekh, vice-chairman of GJEPC, said “A trading hub in India will mean that the role of middlemen is limited and the concerns over invoicing, that we often hear from tax authorities, are reduced.”

Currently, the status is that the location of the diamond trading hub is oscillating between Surat and Mumbai and the decision is yet to be taken.  The Gujarat government has recognized 100 acres of land in Khajod village, 20 km from Surat, which is the hub of diamond processing in India. “The Gujarat government has appointed Mumbai-based Dara Shaw & Co to assess a financial viability report for the proposed Surat Diamond Bourse, which will be listed by the end of this month” said Mathurbhai Savani, senior member of the Surat Diamond Bourse committee. If the report is accepted, the Gujarat government will finalize and allocate the land at Khajod for establishing the trading hub. Savani added, “Apart from the Bourse allotment, the area will be commercialized with hotels, colleges and schools.”

With Gujarat gaining more weightage over Mumbai, it seems like the establishment of the diamond trading hub is certain in our PM’s state. Savani said, “We have already received applications from 9,000 diamond traders, a majority of them are from to Mumbai. Even diamond traders from Antwerp, Dubai, Tel Aviv and Hong Kong have shown interest in Bourse.” Surat traders have met Union Commerce Minister Nirmala Sitharaman twice to accelerate the work of setting up the Bourse and get necessary clearances for the special notified-zone to help miners trade directly with Surat businessmen. 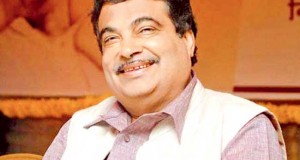