Navratri 2014 was one of the most awaited festivals in India. People from everywhere celebrate this festival with joy and enthusiasm, Navratri’s a beautiful time of the year where the festivities and colours engulf you, especially when you’re living in a place where it’s celebrated like a boss. Here are a few things rocked Navratri 2014.

1. Falguni Pathak came out of hiding for 9 days, earned a bucket load with her performances, and then went back into hiding.
Falguni Pathak, the well known Gujarati singer known for her Gujarati songs is seen suddenly and then suddenly get disappeared after the Navrati 2014 ended. Nobody knows form when she came and where she disappeared.

2. 9 nights call for 9 different outfits which means the ghaghra choli industry booms:
No Navratri is complete by ladies not wearing Ghagra choli.This is the season where Ghagra choli people earn a lot. Ladies purchased a different Ghagra for every night of the Navratri 2014.

3. All beauty parlours, tattoo artists and mehandi tatoo wallas opened special divisions to cater to the all those backs in their backless cholis his Navratri 2014. Ladies and backless cholis are just inseparable. Maximum girls go to their tailors or Ghangra choli vendors and say “Bhaiyya backless wala choli Nahi hai kya?” which gives them the opportunity do then flaunt their piercings and tattoos. This Navratri 2014 was so much about showing one’s back to people.

4. Men at garbas came in 3 styles of dressing this Navratri 2014; The not-so-enthusiastic Kurta and Jeans, the I-like-garba Dhoti Kurta, and the I-will-rock-the-floor-like-nobodies-business Kediyu and Dhoti! Saaru Che!

But when lack behind when it comes to such festivals, Girls had their Ghagras and cholis ready whereas guys had only few options. Some of them nailed it while others failed miserabaly this Navratri 2014. Hahahaha… 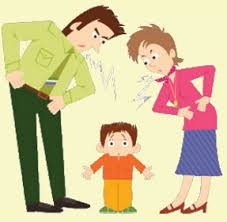 6. Garba and dandiya raas were equivalent to dancing in a club!
Men looked forward to these 9 days. It’s was a perfect place and time to hit on women!
Men went to places or events to grab attention of the girls. Infact they find such places easy to find a girl for them.They put on their dancing shoes and off they went! Rest was luck! 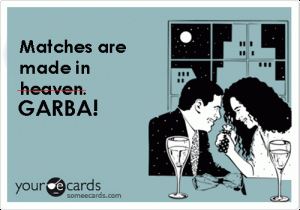 7. Loss of a few fingers is a small price to pay for 9 days of awesomeness.
Dhinadin Dhaa…ahhhhh and goes your finger…oouch that’s hurts but I don’t care its Navratri 2014!!! Fingers got hurt but the this is nothing in front of this awesomeness..Kill it boy kill it!

8. If you don’t know how to garba your friends will make it heir life’s mission to teach you the basic steps of do-taali, teen-taali and dodhiyu! So many youngsters learnt the garba and did the raas this Navratri. Learning Garba is a easy it just need a few friends and the will and determination and then off you go! Practice makes a man perfect. Learn Learn till you succeed.

9. Based on your dandiya, people judged how great a dandiya raas dancer you were this Navratri 2104.
• Colourful, wooden dandiyas: Traditional. This means you know your shit.
• Thin, long, metal dandiyas: You’re jazzy and have started catching on.
• Metal dandiyas with a hole for the finger: You’re new at this, you still don’t know how to spin them so you chose a beginners version.

10. The post garba hunger left even the most well stocked kitchen empty this Navratri 2014.
Dancing all the way through the night can make you hungry. when all the Chat wala’s, pan parlours, dhabas and dhabeli wallas all dance their way to the bank. And you have nothing to eat , you don’t know what to do..

Previous: Surat Textile Industry all set to be Revamped!
Next: Surat Airport to be Modernised