Surat City on expansion mode: Its time to wait and watch it grow bigger and better.

Surat Urban Development Authority (SUDA) officials are of the opinion that the inclusion is ‘logical’ for city’s development. These villages have less population and huge land which will help Surat reduce its population density and achieve a metro city status. Surat Municipal Corporation (SMC) has worked on three options for the city expansion. Under the first option Surat, which covers 326 sq km city would become a 675 sq km city with the addition of 84 villages and a population of nearly 5 lakh people. Under the second option 34 villages would be added to the city and the population would rise by just 75,000. The last option looks at bringing Sachin-Kanakpur Kansad Nagarpalika under city limits. The third option is almost a certainty. 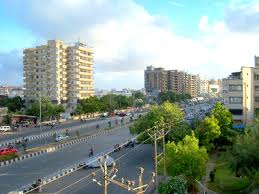 Surat city is one the rad t grow bigger

“We are prepared to accommodate all 84 villages of Palsana, Choryasi, Kamrej and Olpad that are mentioned in the proposed expansion for speedy development. However, it is for the government to take a final call on what areas are to be accommodated,” said Mayor Niranjan Janjmera. Sarpanches of a large number of these 84 villages are opposed to the merger.

“It is high time that new areas are included in the city limits. As the time passes it would prove to be a wise decision,” said an official of urban development Ministry .